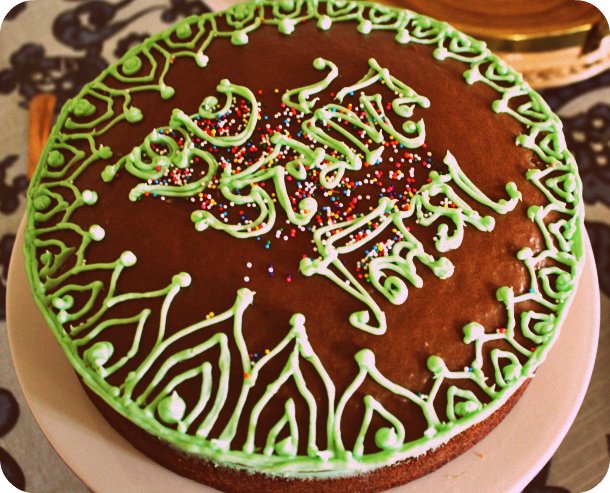 For a friend's birthday I made a vegan chocolate cake and then tried my version of decorating it. At first I baked two separate round cakes and cooled them. I also made a nutella frosting and caramel for the glue. I also had store bought icing inside a tube for the decor. I have decided to go all they scratch the next time. 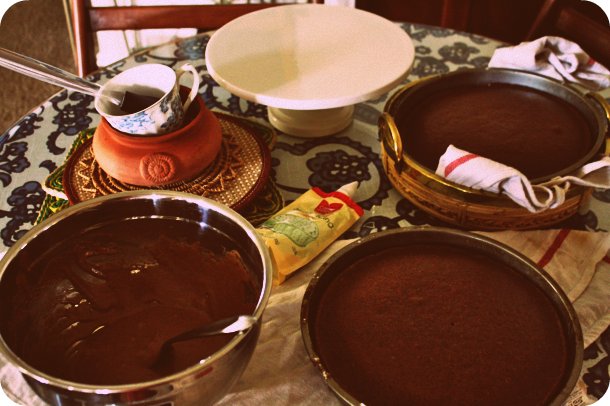 I gathered everything in one place once the cakes were cooled. 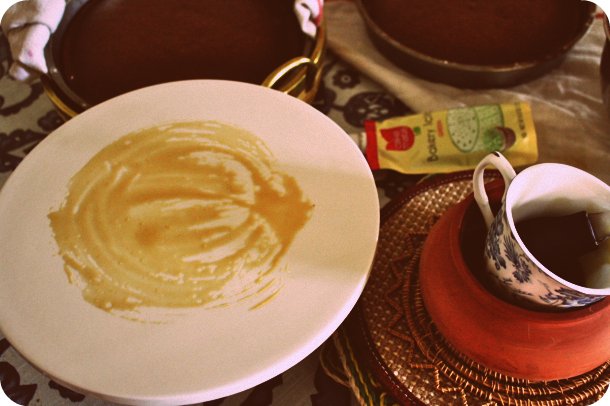 On top of the cake stand, I brushed some caramel so that the cake does not slide around. 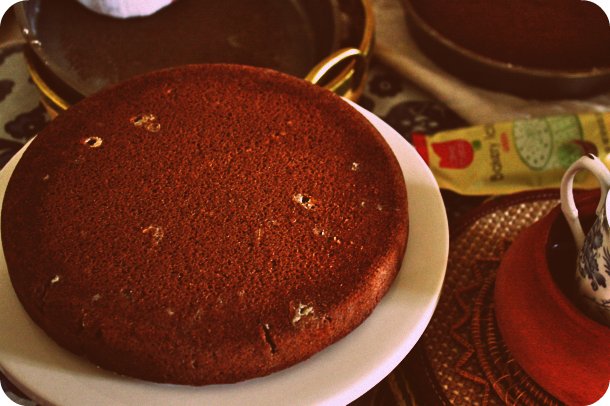 Then I took one of the cakes and placed it upside down on the stand so that the top is flat. 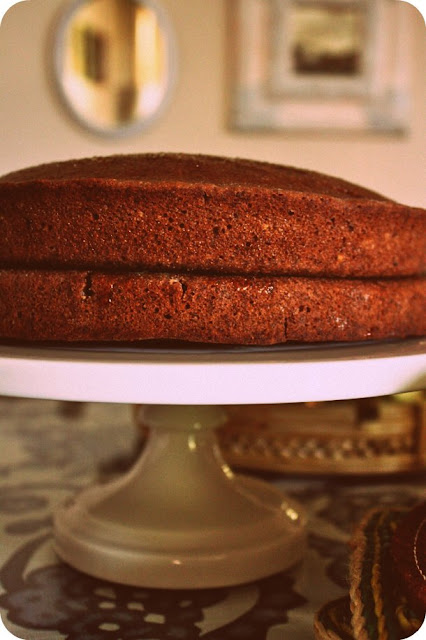 Next, I brushed the rest of the caramel on the first cake and then place the second cake right side up over the first cake. Now the two flat parts are glued shut and the top has a slight curve. 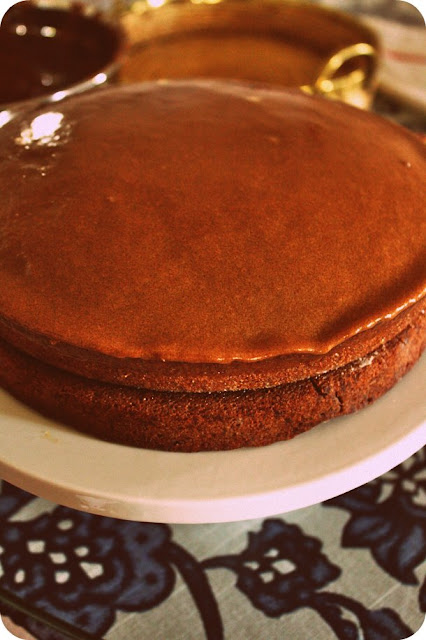 Once the cake is completely cooled, I slathered the frosting on top of the cake and smoothened it out. I chose not to do the sides - just trying to be a little healthy. 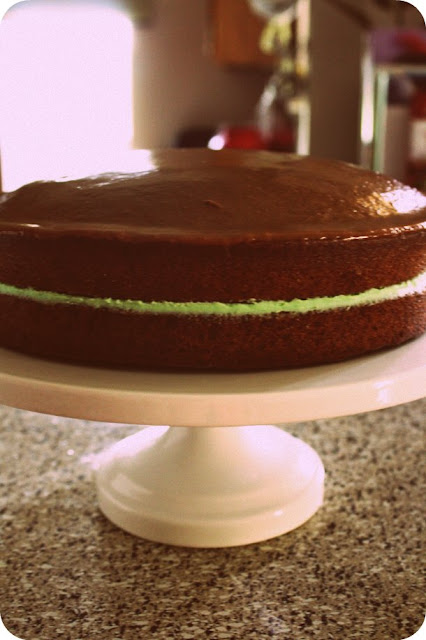 I used the store bought icing to go around the seam of the two cakes so that it looks like a ribbon. 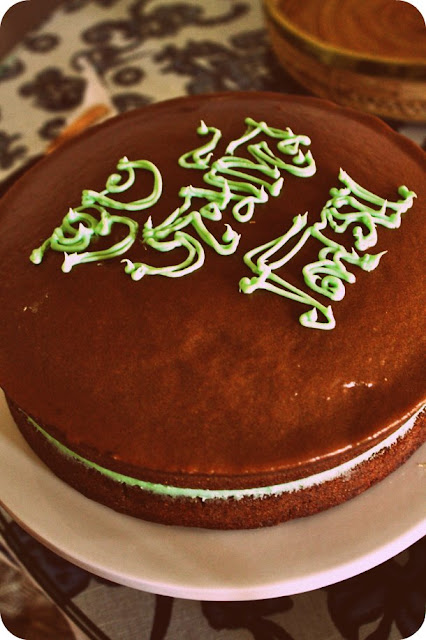 Before I started the decorating, I wrote the greeting in the center. 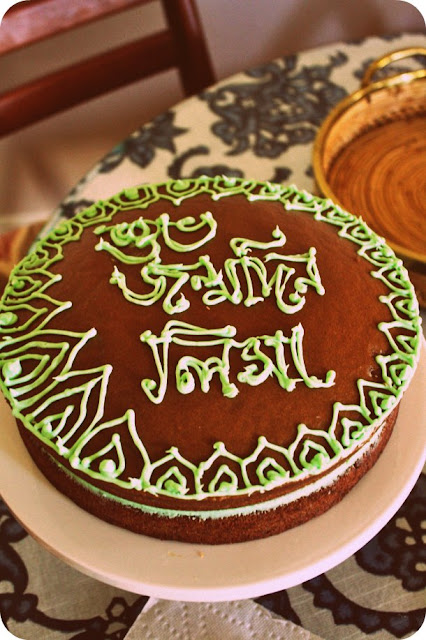 Then I went around the edge of the cake and did a henna pattern. I still have to perfect my icing techniques.
Labels: FOOD