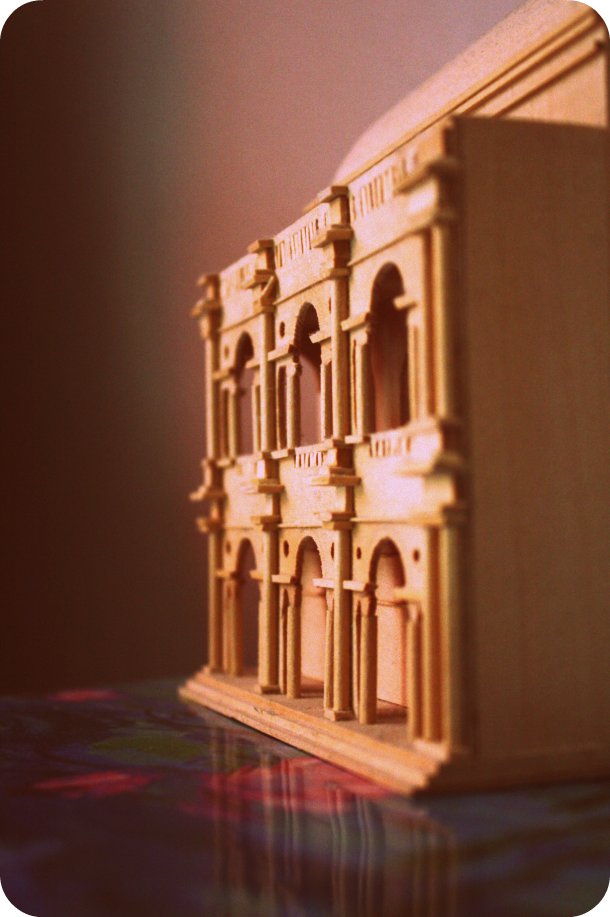 The Basilica in Vicenza was Andrea Palladio's first major commission. He had to construct a new shell around an older structure, since the loggias of this fifteenth century building collapsed soon after its construction. The top is a vast wooden roof and Palladio's new loggia was built not only as a a new facade but also to buttress the thrusts of the earlier massive structure. This was Vicenza's first Renaissance building and Palladio named it the "Basilica". This is one of the precedents that can be used to design any facade over an existing shell while maintaining the proportions and scheme with the old versus the new. From this building, we find the Palladian motif - where the size of the end bay is adjusted by reducing the interval between the small column and the pier while maintaing the regularity of the large arched opening. The basswood model shows three bays and reminds me of my long nights in undergraduate architecture studios. Below is an elevation from the web.