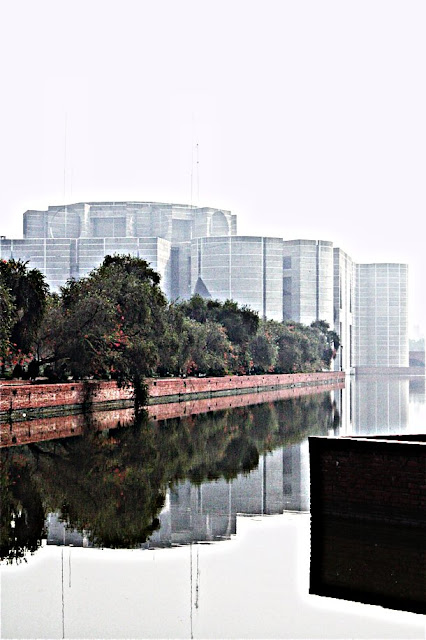 My first day in architecture school was like this - I was sitting in an auditorium (1301 course) and the humongous screen in front held the image of a little boy standing in front of a blue pool of water that bordered this very familiar building. Several oceans and seas away from home, I see my land on the screen and my eyes only cloud with water. Louis Isadore Kahn, an American architect built his most important building in Dhaka, Bangladesh - the National Assembly Building or Jatiyo Shongshod Bhobon. His style tended towards the monumental and the monolithic. He got the design contract with the help of Mazharul Islam, his student at Yale who worked with him on the project. Islam is the pioneer of architecture and Bengali modernism in Bangladesh. 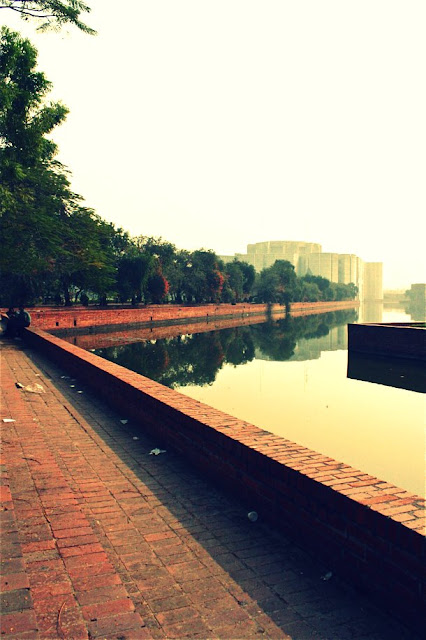 This building was Kahn's last project. It is the centerpiece of the nation's capital and includes hostels, dining hall and a hospital. You can catch all the views of this structure whilst touring several streets surrounding it. The main building and it's grounds remain off limits to the public. 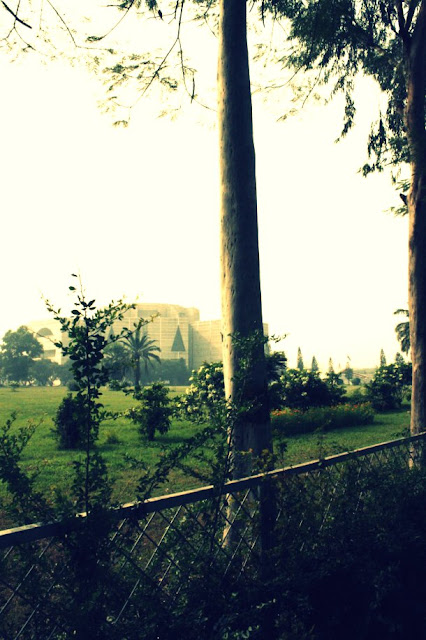 It is an extraordinary example of modern architecture being transcribed as a part of Bangladeshi vernacular architecture. It symbolizes the country's democracy, freedom and pride - independence from Pakistan in 1971. The building was conceived in 1959 and was finished in 1982. 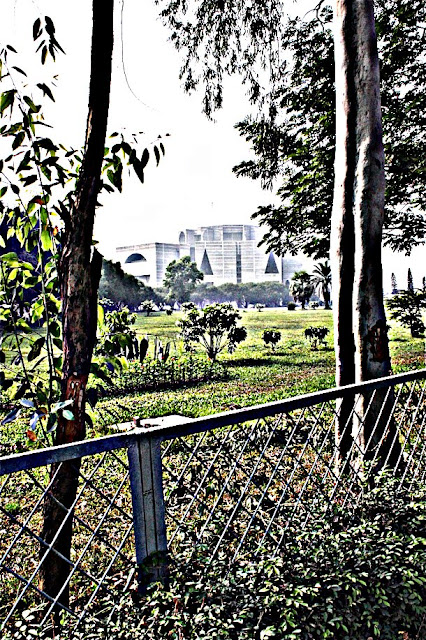 The design was completed with simplistic nature using readily available local materials. The materials were implemented in a very similar way to protect the building against the harsh climate integrating a modern building in a very non-modern context. 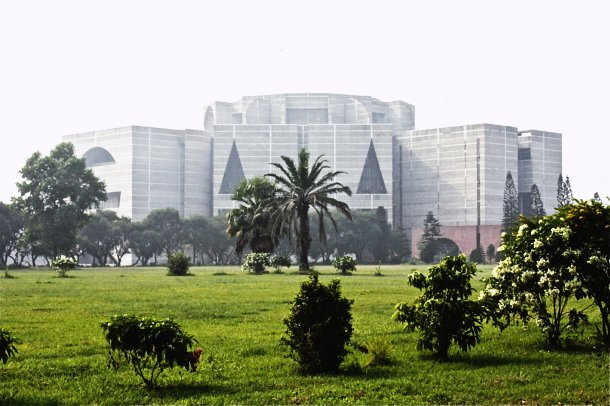 The entire project is fabricated out of poured in place concrete with inlaid white marble as you can see in the image.  The lake surrounding the building act as a cooling system. The geometric shapes not only add a dramatic impact but also convey forms found in the Bengali culture. They also serve as light wells. Light was a very important factor in Kahn's designs - as an illuminator and also a creator of space. 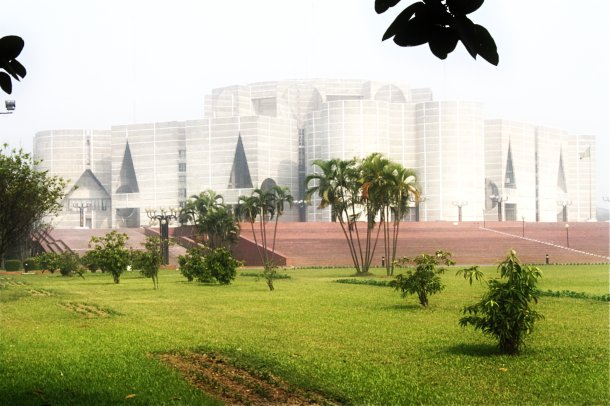